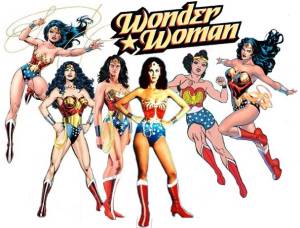 Just because, growing up, I wasn’t much of a super hero comic reader (I was more into horror comics) doesn’t mean I wasn’t into super heroes.

I got my hero fix through TV shows like Batman,  The Incredible Hulk and Wonder Woman as well as cartoons like  Spider-Man and Super Friends.  My favorite was probably Super Fiends. So ever since the old Super Man movies and all the re-dos that came after I waited and hoped. Through the many, many  Batman movies… all the way up to Spider-Man and X-Men which brought Marvel into the movie biz hitting hard leading to Hulk, Iron Man, Thor, Captain America, and my favorite so far, The Avengers (what can I say, I love it when you get a group of super heroes together to kick some ass, the flip side being I also love it when the villains team up to go against the heroes… I haven’t seen the new Spider-Man movie but it deals with the Sinister Six, one of my favorite Spider-Man story lines. Which probably explains why I liked the Super Friends so much… I mean Legion of Doom was a great team of villains) So, as I was saying, all through the many Super Heroe movies, I waited for some sort of Super Friends/Justice League movie. And finally with Batman Vs Superman: Dawn Of Justice, it might just happen!

First Wonder Woman needs to figure out what to wear.

Wait, that sounds a little chauvinistic. Others have to figure out what she should wear. There, that’s better:

I get it though, a Super Heroes costume can make or break them. And there are plenty of looks to choose from: 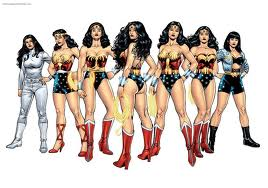 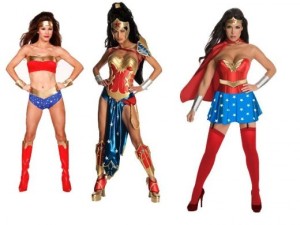 Which is too bad, I always liked Wonder Woman in a skirt. I know, I’m sounding chauvinistic again, I don’t mean to.

I’m guessing they will be revamping Wonder Woman’s outfit to something more like one of these:

Which are all fine. In my opinion, no matter what Wonder Woman is wearing in her big screen debut, she’ll kick ass and  look better than Superman and Batman while doing it. There, that’s not chauvinistic, right?

Oh well, just as long as it leads us to Legion of Doom at a theater near you, that’s all that matters.