Yesterday there was a spike in views for Zero’s World. The strange thing was that over a hundred views were all to a post from last year… take a look for yourself: 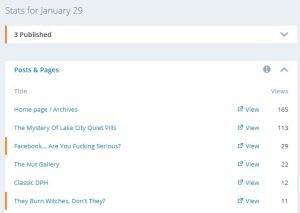 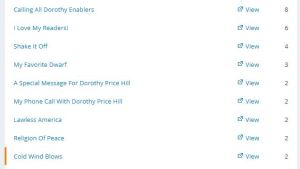 Seems there was a lot of interest in Milo and the Lake City Quiet Pills yesterday.  That kind of spike in readers on that post makes me start to wonder… what happened yesterday to spark interest in the mystery?

I did my best to chase down answers to the mystery when I first posted about it… but came up with 2 equally believed conclusions. Half the people seem to think the whole thing was a hoax and half think this was a group of military friends who got together on the different sites linked to the mystery. Very few actually thought they were mercenaries for hire, though there was some things hidden in the conversations of this group that did seem to imply something secret was going on.

I corresponded with one of the members on Reddit.com who seemed to do the most research on the whole thing and they believed there was no mystery, just a group of military buddies who stayed in contact through the porn pages they made (though most of the discussions were encrypted in those sites).  We both agreed, that only the group themselves could clear the mystery up now, and they didn’t seem to be wanting to do so. In fact at least some of them seemed to be feeding the mystery at some points or maybe covering it up. Milo himself really made it seem like there was something in it that was worth looking into. And with the announcement of Milo’s death, maybe the game he started was continued by others. I chased it as far as I could and decided to wait and see if anything new on it turns up.

Well, did something new pop up? I went searching for anything new on it, and my post seems to be the newest info on it, and since my post relies on mostly the posts on Reddit.com, those are the posts that seem to be the last on the subject:

Still, there was an unusual jump in interest yesterday… I’m baffled and intrigued, but I am left with nothing new to add… well accept this:

Kind of strange. I missed it when the comment first went up, which is not so strange since sometimes I miss comments. Especially back then, when there used to be lots more of them.

Well, when I went to look at my post after seeing the spike in views yesterday, I saw this comment and clicked to see where the link would take me… and it only got stranger:

This shows it was created about 6 months ago, right before SUSK put it in the comment on the ZW blog. It is coordinates leading to this place:

This could have to do with the “party” that was maybe held in honor of Milo after he died, which some believe is actually cryptic discussions of the assassination of Mahmoud Al-Mabhouh:

And if that’s the case, well then it leads more credibility that there is something more going on here than just some war-time buddies hanging out… in fact even if it was a party in remembrance of their buddy Dutch Milo it seems a little extravagant:

And with this SUSK comment I am once again chasing stories…

I put SUSK in to the old Google bar and these are what came back:

Well that is mysterious.

If you still read here SUSK, feel free to comment again. I wish I had seen it when it first went up so I could have addressed it properly.

So that’s where the mystery sits… if you weren’t one of the many people who read the post yesterday, here’s a quick link to it:

And if anyone is coming here to read about Milo, Angel 2-6, Kim, Jerro Mank, Joe The Snake, Fat Tommy, Stu, RoP, The Drunken Stepfather, or any other Lake City Quiet Pills connections, please leave a comment explaining why all the sudden interest… I mean over a hundred views in one day… and they came from all over: 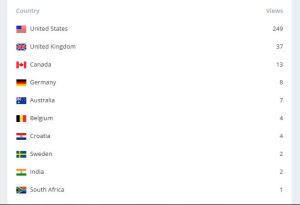 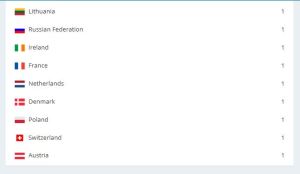 I’m really curious… actually I was really curious when I first looked into it, now that so many showed up here yesterday to read about it, I’m beyond curious! I’m dying to know more!

Alright, given the subject matter here, I may have over spoke. “Dying to know more” may be a little too much, but I am curious, so if there is anything new on the subject, please share. If not here, my email is (who doesn’t know my email by now? lol): zerodinh@rocketmail.com

Until then… it remains a mystery!